Skim and lay in this game to the very end. You play for a robot who has the task of destroying other robots using his own robotic legs as well as a laser. The legs, you control the digs with the S button and the laser is fired with the A button. Up the arrow with the robot you fly out for a while in the air to avoid another hit by another robot, or you just want to skip it. Use the arrow keys left and right to control the direction of the robot. 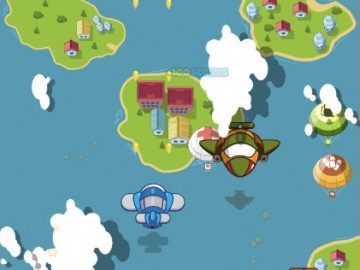 Daytraders of the Dead